The Can & Cannot’s of Train Travel – Part II 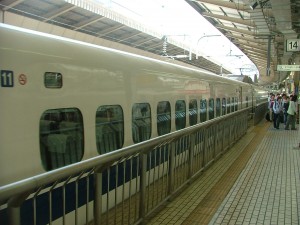 From the positively ‘cannot’ to the ‘maybe can’, train travel can be a fun, scenic and enjoyable way to get around. But it can also be awful – having talked about the two absolute worst-case scenarios yesterday, here we look at things that aren’t as bad…although still frequently unfortunate.

Savings, what savings?
Across the world, I’ve paid a wide variety of prices for train travel. In Ireland for example, train travel has come down greatly in price over the years – possibly because you can drive to the same place much faster – and you can now, with a bit of careful planning, travel from one side of the country to the other for â‚¬10. When I was in Japan, I had cause to take the world-famous ‘bullet train’ or Shinkansen, from Tokyo to Osaka. There’s three classes of Shinkansen, the top two being the Hikari and the Nozomi; all I can say for absolute certainty is that, for the sake of a 2 and a half hour journey, both of them were obscenely priced. Investigations into the price of the Nozomi (which apparently means ‘hope’), left me with absolutely no ‘Nozomi’ whatsoever, after it clocked out at around â‚¬120. Likewise, the Hikari, which is what I ended up taking weighed in at around â‚¬100 for a ticket. I’d never seen anything like it in all my life. The seatbacks were also slightly too short for a percentage of Western travellers (like myself) who are quite tall and so for the â‚¬100, I got to sit in an uncomfortable seat that felt more like sitting in a bucket for 2.5 hours.

But since I’ve continued travelling, I’ve come to realise that Japan isn’t the only place with questionable train ticket prices. Germany’s Deutsche Bahn also seem to not really know a bargain if it jumped up and bit them on the nose – prices for my trek to Frankfurt (around 4 hours at absolute best – even though it’s only 3 by car) tend to vary between â‚¬50 and unlimited. And their extremely unusual ticket pricing policy means that when you have to, quite inconveniently, change intercity trains during the journey mid-way, you actually pay more. So, in essence, it literally pays dividends to try and find a direct service from point A to point B, not only for the obvious convenience of being able to relax on the train and not have to hoof from ‘gleis 8’ to ‘gleis 1’ in a space of 3 minutes, but also so you don’t have to pay more. I’m not too sure where they’re going with this – it sort of seems to be the opposite of logical thought. The other sore point with me personally, is that you still have to pay extra to reserve a seat – I mean I’m hardly wanting to pay an average of â‚¬70 just to stand for 4 or 5 hours.

The lesson to be learned? If there aren’t intercity buses easily available somewhere, chances are the train tickets cost a mint. Better start walking.

I’m not really into it, to be honest…
Something that really can’t be helped on a long journey, unless the train’s empty and you can easily swap seats, is your seat neighbour. There’s some ‘seat neighbours’ you can almost expect and account for – like the last DART home in Dublin on a Friday night. But I’ve had quite a few strange folk sitting right next to me for a couple of hours ranging from a guy in Vietnam that I was quite convinced was going to try and rob my belongings if I went to the toilet, to a woman on an utterly awful Amtrak journey in America. The situation in America was undoubtedly the most awkward of the bunch though – the woman, who got on in New York with myself, had the window seat, while I had the aisle; the journey was from NYC all the way to Chicago, which lasted something like around 18 hours. Anyway, I had the distinct impression right from the off that my neighbour was a little ‘unusual’ and as we departed New York, leaving the towering skyscrapers of the city behind, the conversation got going and we discussed a variety of matters for hours. 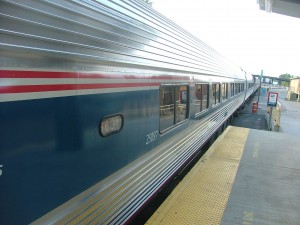 A well-earned break en-route to Chicago...

As the journey progressed on into the night, my neighbour eventually came around to the question I suspect she’d been dying to ask all day along – was I familiar with the Lord Almighty and all his good work? I tried desperately to wriggle out of having any conversation to do with religion since I really feel it’s a personal subject and more over, I don’t appreciate having anything forced on me, but it didn’t work and once she sensed (quite accurately) that I was a little bit clueless on the whole subject, she proceeded to tell me, whether I wanted to hear or not, how her life had been completely revolutionised thanks to the bible. While I was really thrilled for her, I hoped she’d get off soon and thankfully, around 4 hours and countless verses later, she actually did. But as she was getting off, and we discussed how there was still another number of hours to go for myself, she told me that perhaps I should use my time wisely to try and change my life and educate myself – and then, to top it all off, she whipped out about 3 or 4 books that looked like they were for children with titles ‘God & I’ and ‘An Introduction to Religion’ and put them in my seat pocket, indicating that I could read them and learn.

In the end, I actually fell asleep almost as soon as she got off and decided the next morning that perhaps Amtrak, America’s railway company, and its employees might be more interested than myself in revolutionising themselves – and left the books right where they’d been placed.

Unfortunately, seat neighbours can’t be helped in a variety of potentially awful situations, on planes and boats as well as trains – since then, my tactic generally involves faking a sudden and quite deep sleep for as long as is necessary. Try it – you never know, if you’re lucky, you might actually fall asleep for real then and pass the time a little more effectively. On a scale of 1 to unbearable though, I find seat neighbours rank closer to about a 5 (unless they’re wielding a weapon in front of you or something) – do-able except in the worst of circumstances.

Tomorrow I’ll be back to finish my list of the can’s and cannot’s of train travel with reasons why I actually like travelling by train sometimes. 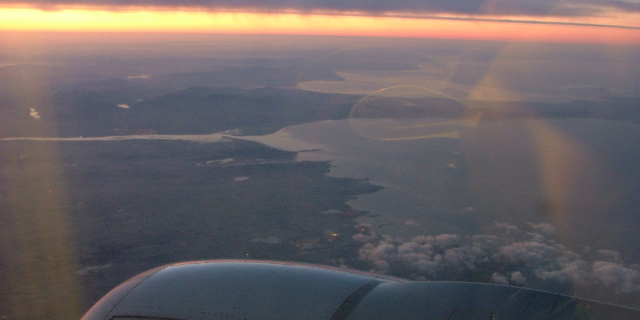