We’re Going To The Zoo…

Once again in the constant battle between me and time, time has won out and I’ve realised I haven’t updated the blog in quite a while. Apologies, as always, but things are slightly more hectic than usual and I just haven’t had time. Hopefully though, I can do something about that the next few days – or try, at the very least. 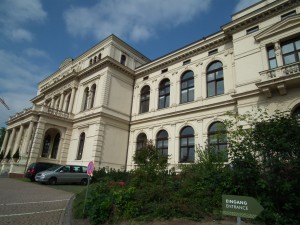 A couple of weeks back, right after the excitement and the adventures of Munich, we found ourselves stuck in Frankfurt once again for the weekend, with not too many options for how to pass the time. We’ve been going to this cinema that shows English-language movies (very generously), but we’d already managed to nearly burn that one out. So, stuck for ideas, and with time rapidly ticking on, we decided to play children for the day, and go to the zoo. I didn’t realise, but time (once again) had slipped by us so badly that by the time we got there, it was already pushing on 5pm.

For whatever reason, there was a whole family more or less blocking the entrance way – when I say blocking, I don’t mean that sort of having-a-conversation on either side of the entrance thing that you sometimes see families do when they’re having a mini-domestic, I mean they literally were blocking the entrance as if they were on protest. Other people tried to skip past us to get in, thinking that we too, may be part of the protest, but like that, they also couldn’t seem to get in. So we waited, and we waited, during which time I began to wonder if there would be any sort of discounts we could ask for, since there was only 2 hours left of the zoo being open for the day. 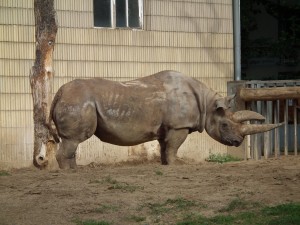 In the end, at exactly 5pm and not a second later, the protesting family scuttled forward, apparently pleased that the time was up with their protest – and why had they been standing there looking like they were protesting? All was revealed to me as I got to the cash desk and slid my 8 euro under the counter, only to have change returned. It turned out, there were discounts to be had for entering after 5pm and these people knew exactly what they were doing.

Frankfurt zoo is somewhat unusual I find – at its very front, there’s a large old-style house (pictured) that I’ve never known or seen to be open (and this is the second time I’ve been there), but instead always seems to be under some form of renovation. Then, from passing the side of the house, the zoo descends into a sort of unplanned chaos. Maybe there is a particular route one should take to see the whole place in an orderly fashion, but on both occasions I’ve been there, this route has proved elusive and we’ve ended up seeing something, then having to double-back to see what we missed down an alternative pathway, only to get the feeling that we’ve ended up in a completely different section of the zoo, if not a completely different city altogether. 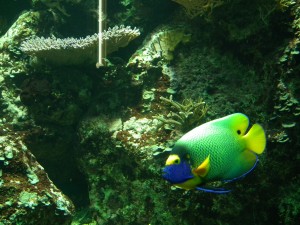 The actual zoo itself though, is quite pleasant. Needless to say with us arriving so late in the day however, many of the animals weren’t really feeling too lively any longer. The rhino for example, stood facing a wall, looking pretty irritated by the day’s events. Even children waving at it and trying to attract its attention (whatever was left of its attention) had absolutely no effect, and it just stood there, looking on grumpily. Likewise in the monkey house, there were plenty to be seen, but they all seemed to be busily getting on with their evening routines, making the tea, that sort of thing. I know it sounds a bit dull, but we didn’t really expect much of a performance at 5pm in the evening I suppose. Thankfully, the fish were a bit more happy to see us, but as we went from tank to tank, we realised the majority of fish looked the same (even though they weren’t) and we decided, not wanting to insult them, to move along. In the end, we took another mystery path and somehow ended up back at the house at the front of the zoo – and as a young toddler literally screamed murder, we decided it best to just leave. 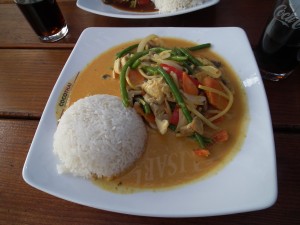 Moving along up the street, we decided to grab dinner and while Frankfurt simply can’t compare with Kuala Lumpur in terms of street food, it does have its charms. We walked along, both feeling like we’ve been really missing out on proper Asian food, until we finally came across a new Thai restaurant on Berger Strasse. So, quick review, it was quite cheap, the satay chicken to start with just didn’t compare to the dirty old tables down Jalan Alor in Malaysia, but the main course – I don’t even know what to say. It was absolutely delicious, and had the spice I’ve been missing so badly since coming back to Europe. And as I say, the overall best part, it was really quite cheap; certainly less than a tenner.

And with that, zoo done, food done, it was time to head home and see if I’d any bottles of ‘Bergadler’ left in the fridge!