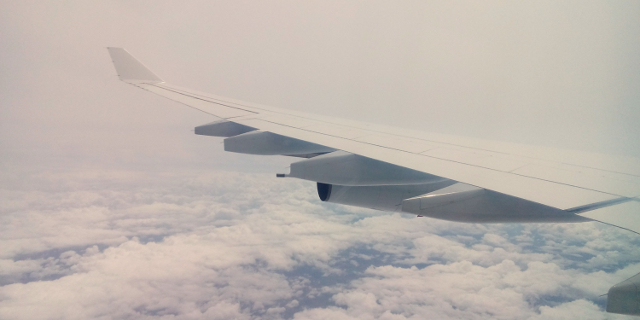 Flying in Asia? Don’t be Shaken

Finally the year 2014 has finished for Asia’s aviation industry, and what an absolutely unforgettably year it was – for all the wrong reasons. Having said that, I’m already looking forward to flying more and seeing more of Asia, and I don’t think for one second anyone else has anything to worry about either.

It goes without saying of course, that even if I did have concerns of my own regarding aviation in Asia my luck would be very much out since, for the moment, I’m based in Malaysia for professional reasons. But a number of friends from Ireland have come forward (despite not having ever set foot anywhere in Asia) with ‘facts’ that ‘Asia is just more dangerous’ or ‘they’ve different standards over there’ and opinions that I should try to fly as little as possible – even going so far as to suggest statistically much more dangerous methods of transport such as long-distance road travel by car or bus.

Similarly, I’ve noted a number of the other travel blogs I generally make a point to keep up with and read once in a while have expressed, at least a modicum, of concern – case in point, this post from Wayfaring As One. Don’t get me wrong, I’ve spent a lot of time both travelling and living in Asia and I’m not angry or frustrated with opinions or concerns; on the face of it, they’re all very well-founded.

Not only that, but all the aviation experts in the world lining up and talking about how safe air travel and making comparisons to car travel or anything else doesn’t make any difference to folks who have been just genuinely spooked. I even tried to address a number of the issues upfront earlier in the year – see ‘Why I Won’t Cancel My MH Bookings’.

So, why fly more, not less? Knocking aside the probability statistics (that have proved to be so…questionable), I look at it far more simply; when did any of us even hear of an incident – any incident – involving Malaysia Airlines or Air Asia, which let’s be honest are the only two carriers in question here, amongst a sea of hundreds of other carriers operating safely throughout Asia, until last year? No, never. So they’ve definitely been doing something right all this time.

Assuming both airlines double down on safety, learn what they can (which let’s not forget, may apply fixes and new regulations industry-wide on an industry which is always very much reactive) and can get back to operating, we may likely never hear of either of them again in this way – and I certainly hope not.

Secondly, looking at the Aviation Herald (a wonderful source of re-assurance while living here, I assure you), we see last year absolutely far, far more little incidents and knocks involving carriers around the world, with many big European and American names cropping up more than a handful of times. So no lives were lost, but on the face of it, plenty more injuries were sustained from flight elsewhere – which of course in aviation, is never far from being something much bigger.

Additionally, Air Asia (and I’ve flown with them more or less from a few years in) have done something truly remarkable – they’ve made flying possible to a whole area of the world where that would have been unthinkable just a few years earlier. Not only that, but they’ve otherwise done it with a flawless safety record; there’s a tendency in the west it seems to think of, or portray Air Asia as some hit-and-miss banana carrier, whereas the fact of the matter is they operate almost identically in both operations and professionally to Ryanair, only with added friendliness.

If I had a New Years Resolution, it’d be not to have to witness or hear about any more air disasters in Asia – because it’s almost a sure thing that this growing industry (and interlinked industries like tourism) really will suffer major irreversible damage if they haven’t already. The statistics tell us we shouldn’t see this again – but that should also have been the case two incidents ago.

Air disasters for some reason always attract far more media attention, fear and compassion than many other fatal incidents around the world – and each incident carries severe consequences not just for the airline (for example, Malaysia Airlines now being fully nationalised) but especially here, for an entire region upon which travel and tourism is so important.

All I know is I’ll be travelling as much if not more than last year, and I hope you will all be doing the same – Have a great start to 2015 and above all, safe travels!