I’m now living back in Malaysia nearly two full years, having also lived here before in 2010 and into 2011, before going to Germany for a while, then back to Ireland for nearly a year and a half, before finally giving in to my urges and returning back here again in 2013. It’s been crazy and the longer I stay, the more concerned I become for the future of my driving manners and skills should I ever return to Europe, my approach to customer service and being able to snap back into a life without a swimming pool out in the back garden. That’s not to say I live a vastly wealthy life and of course, I could probably be earning significantly more in Europe (full disclosure; I’m not at all the typical expat package brat) – but you’re only young once, right?!

So, to commemorate this “momentous” (as they all too often say here) occasion, I thought I’d finally, publicly, answer some of the most common questions I get asked by Malaysians in daily life and put them to rest once and for all… 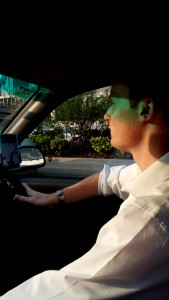 Driving, How?
Short Answer; In spite of this bizarre driving style, I’ve really gotten used to it and fail to understand why we sit there at an empty pedestrian crossing in Ireland at a red light, needlessly burning fuel when we could be long gone.

OK I’ll admit, this was a steep learning curve. Malaysian (and Asian, in general) driving is a huge step-change from driving at home. But effectively the trick is to drive in a “he who dares” manner, where you drive straight ignoring any and every one in your way, moving people out of your lane by tailgating with a few mm’s to spare between bonnet and boot (and possibly flashing your lights in more extreme cases, or where you’re in a huge rush). The only time to adapt this is when someone is more daring in their driving than you and either abruptly pulls out into your lane, stops or otherwise causes some kind of obstruction; then, with only the most casual of checks in the wing mirror (and only if you feel like it), you saunter out of your lane and around them. Maybe you return to your original lane, maybe not; it’s up to you. Bumper cars is probably the best way to put it and yet somehow, in spite of the obvious apparent near-misses, the use of the horn is consistently frowned upon at all times.

You Don’t Go Back?! (Christmas time, especially)
Short Answer; Ridiculous flight prices, the possibility of snow or a bit of ice threatening to bring all your plans crashing down – when you can be sat in your living room in KL with a video of someone else’s fireplace playing, gin & tonic in hand roasting whatever you were able to buy. 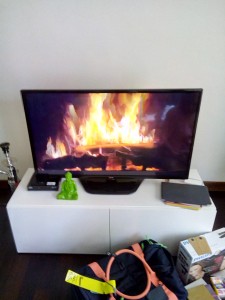 It’s sweet that a nation that largely doesn’t bother (or have any need to) celebrating Christmas would even think of someone else’s potential desire to return home to spend it with families, but seriously, guys, have you seen the prices to Europe at Christmas time? Even an expat package doesn’t begin to cover it and that’s long before we get into the business of bringing back something ‘exotic’ for every member of the family, effectively subsidising an extension for Pasar Seni (Central Market) well into the New Year.

Besides, the last two years I was very effective at creating a fake Christmas right in my apartment; this consisted of blasting all air conditioning units during the day until it was cold in anything other than jeans and a sweater, roasting something – anything – in the oven, playing a downloaded Youtube video of fire for a few hours while we sat around thinking what to say to each other (just like at home!) before somewhere after midday considering that we were now suitably able to begin drinking – again, very much just like at home. Perfect!

Why Stay in Malaysia?
Short Answer; The main answer is actually short enough in this case – just look at that beach; seriously?!

It’s odd to even be asked this, and I’m never really too sure what to say that doesn’t sound like “hey I’m just here for the beaches and a good time”, but that sort of sums it up in many ways. Malaysia has the development and infrastructure mostly over Thailand, yet the prices traditionally of much lower than its immediate neighbour, Singapore. It makes for a reasonably easy living and even for those of us not on the fancy super-wealthy expat package, we can all afford to live a reasonably charmed life. Also, from a young person’s perspective, the ability to network and find opportunities is top par and your ‘novelty factor’ can carry you surprisingly far. I’m not even sure what else to write on this, so here’s a prime reason (yes, it’s a beach)… 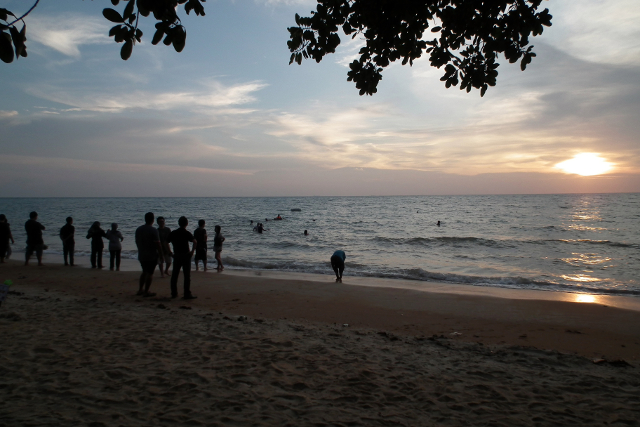 How You Find The Food?
Short Answer; Yes, yes and yes some more. Except for durian; that’s just nasty and no amount of promising me that I didn’t try it in the right season or that I need to try some kind of musang king will ever change my mind. 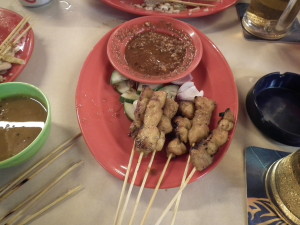 I don’t know why people feel the need to ask if the food here is acceptable (and this is probably the most common question put to me) – it’s awesome. There’s really no need to ask, just because I’ve managed to become less chubby since moving back to Malaysia. While I still maintain that the humble chicken chop can’t really possibly have been inspired by Western Food all that much, I’m more than happy to go along with it and take more or less every bit of local food that’s thrown my way. Of course there’s a few exceptions to this; namely anything that involves what tastes like old or unpleasant fish (yuck) and all and any variants of Malaysia’s most-popular hideous-smelling fruit, the durian. Honestly, after a few years I still would like to know who first discovered durian; who looked at this warning-like prickly fruit that smells like the decomposing carcasses of a thousand animals and thought to themselves “Yeah…that looks like it must taste absolutely top rate” – but for everything else, yes please.

So now you’ve got a better insight, from the most popular questions I get asked, why I’m happy to make Malaysia home for now – what about you? What makes you happy to live where you live? Or where would you rather be?