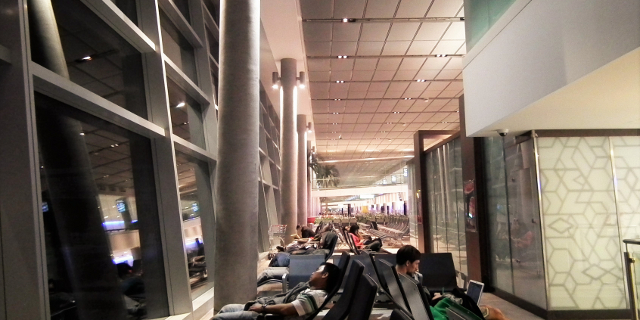 When in Abu Dhabi, Go Sleep!

As I’ve mentioned a few times, I’ve never fully ‘appreciated’ Abu Dhabi Airport; it’s cramped at Etihad’s busiest times, aside from the free WiFi there’s not really a massive amount to do in transit other than shop (and the shops are also usually cramped) and the air conditioning, where it works, is icy cold.

It’s not that I particularly blame the airport completely; I suppose it was perfectly fine before Etihad came along and started taking over the world bit by bit, presumably forcing Abu Dhabi Airport to retrospectively try and become a connections hub for, literally, the world. 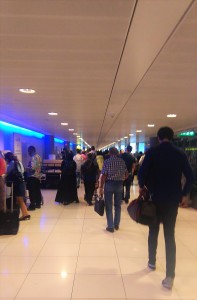 I’d recently read about little one-man sleeping pods, GoSleep, that you can rent by the hour in Abu Dhabi to catch up on some almost certain lost sleep as you made your way there – and honestly, I was enthralled. I frequently fall under the category of ‘unable to afford to airport hotel’ and also far below the ‘travel frequently enough to have lounge access’ category and I just can’t pay for either every time, so it’s nice to have a more cost-effective, yet private solution to catching forty winks.

First up; the sleeping pods, which is dreadfully unfortunate, are so well hidden and disguised that I’m sure many more willing travellers have missed them purely by virtue of their terrible location (at present), which is on a sharp corner somewhere in the transit limbo of the airport. I ended up having to go to the information counter twice asking for directions, such was the difficulty in finding the place. For reference, they’re beyond the security point of Terminal 3, swing right and up the stairs, right again and straight to the aforementioned sharp corner.

We booked in for two hours and after an awkward attempted sales pitch for pillows, blankets and everything else, we were escorted to our ‘pods’. The room looks like some kind of human cloning laboratory – shrouded in darkness, the odd person sitting upright looking confused in the room, the odd audible snore and otherwise row upon row of little one-person pods with the corrugated blinds firmly shut. Don’t be alarmed…though it’s difficult not to be.

My pod ended up being right in the very back corner of the room and I have to say, considering what it is, it’s exceptionally well-designed; the foot rest bit lifts up for you to drop your hand luggage underneath so it doesn’t get pinched, the seat itself has some electronic controls if you’d rather recline gently or sit up a bit – but let’s be fair, you didn’t pay to sit upright. So what’s it like when you’re on the flat of your back taking it all in? Well, see for yourself. 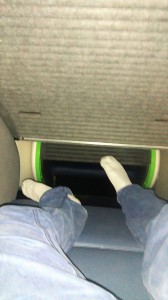 Claustrophobics among us will surely baulk at the idea and for the first few minutes after I pulled my blind down, I tried my best not to think about the whole strange situation of being in a box slightly larger than a coffin…in a room full of other boxes full of people. Unfortunately also due to the current position, you can hear transit passengers walking along on the other side of the wall, occasionally tripping over their own luggage or banging their bags off the wall.

But, you know, considering what it was, it was nearly next to no time before I was flat out, fast asleep and dribbling profusely all over my travel pillow (TMI…I know, but humour me today). As with all the best and most disturbed sleeps, it felt like 6 minutes before the receptionist came around rattling on my blinds again to get up and I woke up, like the very people I joked about earlier – in a dreadfully confused daze, wondering where I was and what was going on.

So look, it’s a sleeping pod – a simple box with some nice features for you to have some private, quiet time and catch a nap for a few hours in between long flights; but honestly, considering the terrifying state I’ve walked off the plane between Europe and Asia a number of times, it’s actually a truly great idea and for me anyway, it works perfectly. The sleep was so good that I actually managed to stay up all the way onwards to KL and be able to go to bed at a normal time the next evening. So, if you’re in Abu Dhabi Airport and feeling a bit snoozy – seriously, you cannot go wrong with these. Just make sure to bring your pillow to dribble on! 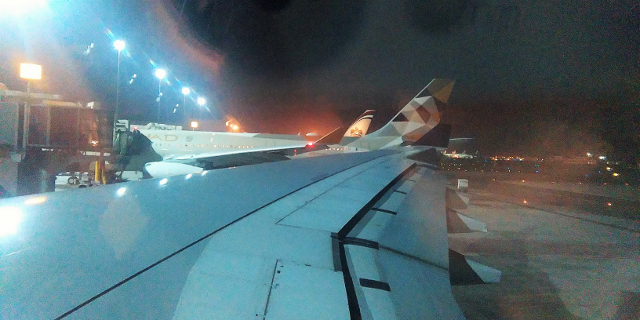 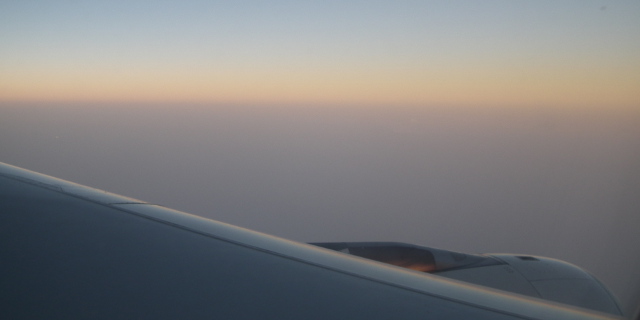 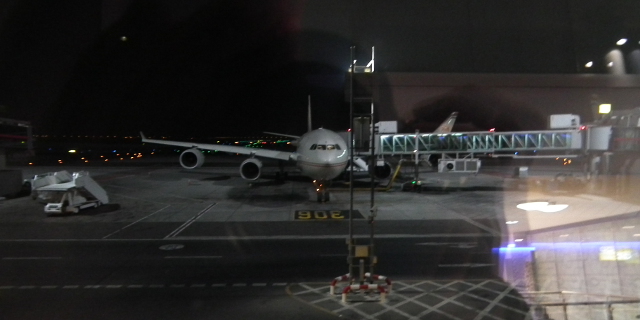