It’s been 7 years since I was last in Vietnam and one thing that I remembered well from the previous time; the absolute massive pain in the ass of getting a Vietnam visa! I never understood this – why do countries on one hand practically beg for the tourism dollar, and then on the other hand make it night impossible to get a visa with any sort of ease? Last time, with the benefit of living in Ireland, I was able to ‘easily’ send my passport by post to the embassy in London and get it sorted and sent back. This time, I had no option (given that Ireland is still on Vietnam’s naughty or ‘need a visa’ list) given that the Vietnam Embassy here in Malaysia is completely hopeless at providing any information or answering a phone, to chance my arm with the visa on arrival scheme.

Armed with my $15 USD, my two passport photographs (when they only want one), the paperwork – of which there’s even more to fill out when you arrive – I wound up, along with a sizeable portion of the European population, sitting like a bold schoolboy at the immigration waiting for an hour and a half for the visa. It goes without saying that after crankily taking all your paperwork and providing absolutely zero timeframe, they then proceed to do whatever it is that takes that long, while providing no kind of information or understanding; at the end, I only copped on that my name was being called by the absolute butchering of what would only be my last name. McFarlanay, indeed. 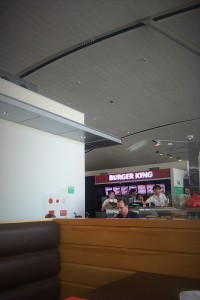 The return wasn’t much better – for long-time readers, you may remember that Ho Chi Minh Airport was the scene of my descent-into-full-hangover following the wildest and by now, most infamous “family party” I ever attended at the legendary Duc Vuong Hotel (so hardcore was the party, that the taxi driver himself even walked me to the check-in counter…oh, the glory days!). Anyway, my only abiding memory of the airport other than having to be escorted to check-in, was the absolutely insane cost of food and beverage; I’m not sure what’s going on there. I absolutely loathe airport outlets’ charging such nonsensical high costs just to buy something that costs pennies outdoors (especially in Vietnam).

Anyway, suffice to say for our return, I see nothing has changed – yes, SGN airport remains some of the worst value-for-money you can hope to find. Everything is priced in US Dollars to begin with, making conversions into the little amounts of ‘dong’ you have left nearly impossible, which is then neatly compounded by the sheer Irish boom-time price of things; bottle of water, $4. You get the picture.

We ended up hitting the coffee shop opposite Burger King upstairs, where I enjoyed one of the weakest Americano’s known to man, followed up by a cremated-at-one-end chicken wrap, which stubbornly had managed to remain cold throughout the centre. Great. 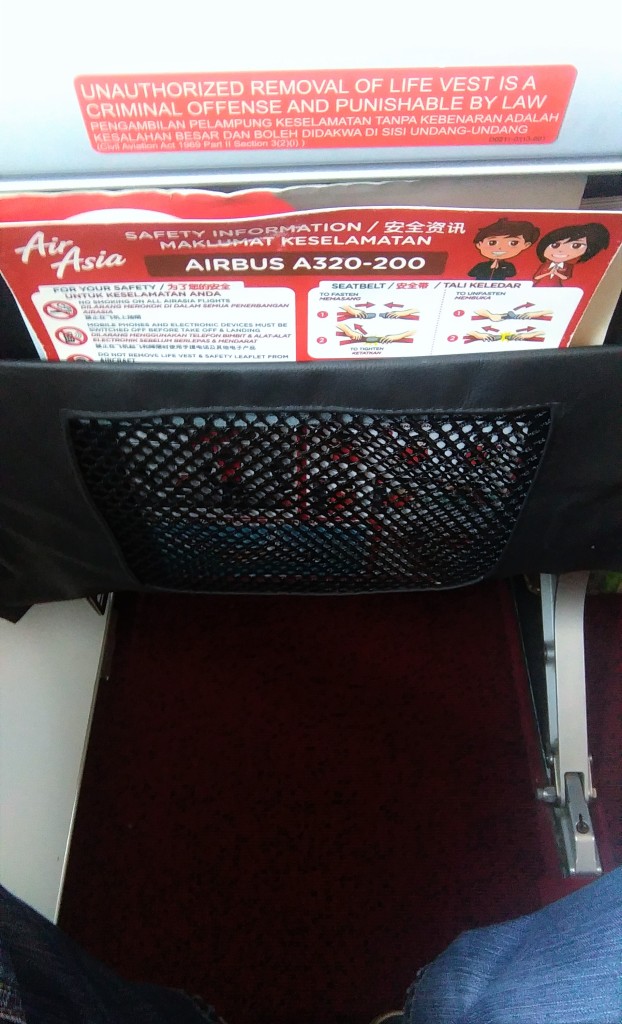 Our flights (both ways) were with Air Asia. I’m never sure whether I like – or hate – AirAsia, and I’m not sure it’s entirely their fault. Their home in KL, KLIA2, I really find very unusable and by far prefer (and would pay for the privilege of using) the original KLIA terminal. KLIA2 consists of rows of incorrectly spaced check-in and bag-drop desks, such that passengers for both sides frequently collide in the middle. Then, the closer you get to your gate, the more ridiculously compact and cramped it becomes until you reach what are almost train carriage-like gate corridors, off which are varying types of gates; some that can have a holding area (as apparently desired by AirAsia), and some which don’t…which leaves someone from AirAsia to try – and fail – at going around one by one checking passengers’ boarding passes in advance and then hoping those passengers don’t move or nobody sneaks in without them noticing. It’s a nightmare.

On our return from Saigon, which I’ll focus on here, the flight though for the most part was perfectly fine. As part of my ‘screw it, let’s splurge’ policy I’ve been developing the past year, we booked emergency exit rows and I really feel like this is the way to go with AirAsia, where the legroom more than even in Europe seems to have been cut down to the barebones. I’m sure that works fine for the more slender, petite Asian frame…but I’m not Asian and I’m definitely not petite. For reference, the legroom is as pictured (and I’m roughly 6’1”). 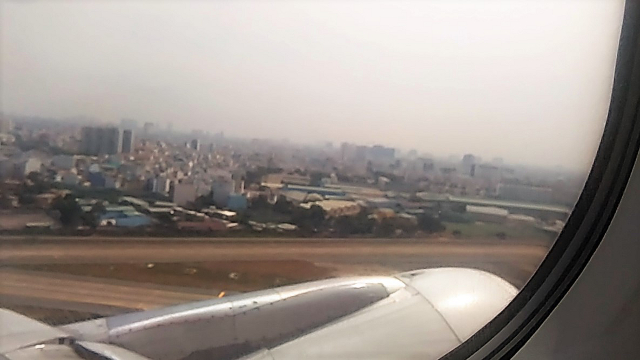 I’m delighted that AirAsia, while irritating with a number of announcements and a complex pre-booked meal system that ensures whatever meal you think you might have isn’t actually available unless you booked it in advance but yet is still brought out first to mislead you initially into thinking they do have it, has never been quite as awful as some of its European counterparts – namely, Ryanair – and you’re mostly left to your own devices.

For first-timers coming into KL, there’s a number of different potential approaches; one of which isn’t especially slightly, coming as it does off to the side of Subang Jaya, Shah Alam and onwards. The other, more frequent approach, especially for KLIA2’s runway, has a beautiful turn in towards the airport somewhere near Port Dickson and descending from there – the only downside for those who can spot it (and thanks to a business meeting in the place years ago, I can) is the ugly sight of the power plant en-route.

KLIA2 – Sorry, what is there to be said that I didn’t already. On our arrival this time, the immigration queues were around 30 minutes, with the lines being haphazardly formed since the pre-set lines didn’t extend far enough. I dread and fear to think of the daily reputation damage and awful first impression this leaves on the many thousands of potential new tourists.

All I can hope is that in my dream travel to Vietnam next year, Ireland has finally (and overdue you might say) been included in Vietnam’s visa-free entry and AirAsia has found another more practically laid-out airport terminal in KL from which to operate from…one can dream!