The Road to Loyalty

Last year, I became an honorary Aer Lingus Gold Circle club member. I will admit and acknowledge, straight from the off, that membership of the Gold Circle on an international level doesn’t at all carry the same connotations of importance and potential wealth as membership of say, Lufthansa or British Airway’s loyalty programme variants, but it was a step up in my case as I came from the beleaguered BMI, which was struggling on its last legs before vanishing – and Aer Lingus, in what I considered a quite comical turn considering BA was traditionally their Dublin-London bedfellows-soon-to-be-competition-again, issued out a mailing stating that they were confident I was a member of another ‘airlines loyalty programme’ and would I like to transfer that membership to them. With a month of BMI ‘Silver’ status left, I didn’t waste a moment. 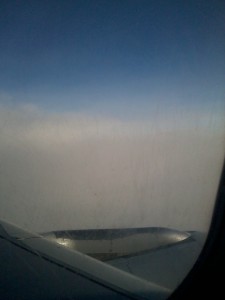 I transferred the membership over with glee, and then used the rest of the miles with BMI anyway to book and pay for a hotel in Singapore; by my standards, a rare double-win on any loyalty programme. But then that was it – I’d no need to travel again until the end of December for a trip to Germany.

So, to answer the occasional question on what can you expect in exchange for being an airline’s favourite customer? Well Aer Lingus’ website is unfortunately not geared towards simplicity in this regard and so it appears you sort of have to wing it a little bit in terms of what fares, benefits other than the obvious, etc. you get. On this occasion, flying from Dublin Terminal 2 at the crack of dawn, I rocked up and headed straight for the special ‘Gold Circle Check-in’ which wound up being at an unattended desk beside the Business Class Check-in, which is actually what you’re supposed to use it seems. And I would say that in desperate times, it can really be the making of a flight that would otherwise not be made – on my visit however, a family of tubby Americans (with proportionally sized bags) had just presented before me and were already bickering over the baggage allowances on their United loyalty membership vs. what they were being told here in Ireland. This is one of the most major problems (for the normal, right-thinking, respectful member of society) that I’ve seen on a number of occasions in the past – people who fly a lot on these programs, for whatever reason, come with a highly unrealistic sense of entitlement, which is re-enforced by a consistently poor sense of humanity and dignity. 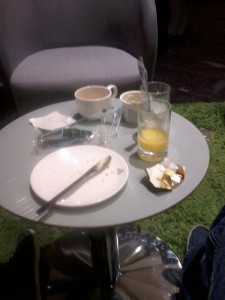 It’s not widely advertised, but you can bypass the wait for security. You simply need to go, membership card and boarding pass in hand, to this almost-hidden little door to the far left of the empty security desks in Terminal 2. I say empty, because despite having what must amount to 15/20 sets of doors, the normal procedure is to slalom back and forth the whole width of this area even though the queue is headed by only one or maybe two security staff and the walk entirely unnecessary. However, the area does get shockingly cramped in the mornings (also staffed by one, maybe two, security staff) so bypassing this nightmare is almost worth taking a few dummy flights by itself.

Probably the biggest win for cheapskates like myself of membership however, is use of the lounge. This is for a number of reasons. Firstly, I get easily bored and with all due respects, Dublin was clearly designed for the shopper among us and I rarely have a spare cent, and even when I do, I find myself hard pressed for value on the items I’d actually want. Besides, my recent extravagances at SSP’s “delightful” outlets (see previous post/s) has left me hardcore unimpressed – I like my scrambled eggs to be scrambled, not drowned in water. Similarly, fruit should be presented as-is, not with the presence of moving insects which no staff member seems interested in dealing with. Moving on – so as you can imagine, a clean, relaxing, very well decorated (it is actually a very nice place to be) lounge with a complimentary selection of foods, fresh fruit, minerals and yes – even alcohol is to be welcomed. They even provide little bottles of water you can take with you, since as we know Aer Lingus can be an otherwise costly meal/drinks option. 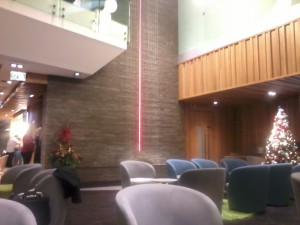 On the downside, although in theory members get on the flight at their ‘leisure’, there is in practice, nothing leisurely about being stared down by the other 190 passengers as you seemingly jump to the top of the queue (there’s no real separation to speak of). Similarly, in spite of the freebies on the ground, all menu options on-board cost just as much in the air no matter who you are – this can be negated by taking the food with you though I suppose. Then there’s the frustrating issue of seat selection; there’s no business or premium economy class with which to tempt Gold Circle members or reward them with, so everyone pays to select their seat – if I was in Aer Lingus’ shoes, I’d consider free seat selection at booking for Gold Circle members, so they can pick an emergency exit seat as at least something of a ‘bonus’. Otherwise, the actual flight itself is no different. Similarly, I have a bit of a hang-up with the difficulty in earning points – you don’t earn on A, W and Z fare classes, which is basically any decently-priced flight. Although in Plus – you just need to know the secret (it literally is, I only found the web page through Google) – you can earn points regardless. But you don’t earn points for booking car parking for example with them, even though it’s the same price with the DAA so there’s no real bonus otherwise.

Who else is a member of an airline loyalty programme? Do you think other than those things there are any other benefits? What else would you have to say about them in defence/opposition?