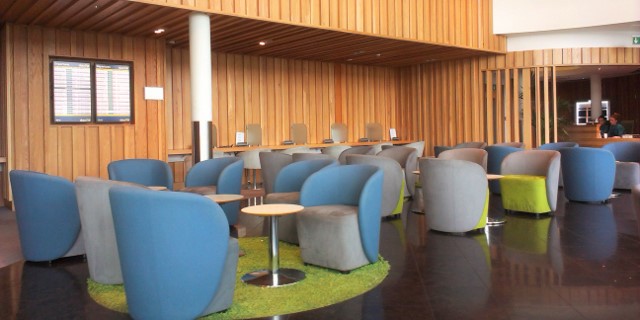 The Road to Airline Snobbery

I often sit back – in the airport lounge, where possible – and wonder to myself, where did it all go wrong for me (or right, depending) in terms of my travel habits that I now openly snort when I read others saying that Ryanair or Air Asia ‘isn’t so bad’ or that some extremely low-cost airline is now flying from point A to a point B, millions of miles away, and are going ‘to give it a try’. Why would anyone give it a try, I wonder to myself, before anxious studying whether Malaysia Airlines or some other legacy, national carrier has a deal going. These last few days, I’ve really given it some thought and I think it all comes back to these few things;

‘They Hit Me First’ Syndrome

Both airports and airlines shoulder a lot of the blame. If there was a correlation of travel in my life, it would be between me getting a bit older and being – thankfully – in reasonably full-time employment, and how completely over commercialised and barebones both airlines and airports have made their offerings. Airports first; most ‘new builds’ in the last few years consist of 3 more or less uniformally awful examples of dreadful passenger experience. These are of course, very boring and poorly thought out (and yet overly regular) queuing structures; an excess of space given over to commercial opportunities and not passenger experience elements (i.e. somewhere to sit) and last but not least, passenger amenities and comforts that seem almost designed to make you want to go to a shop and spend money rather than be stuck in some awful plastic chair with such little padding you board your flight feeling like you’ve already been flying for a day and a half. 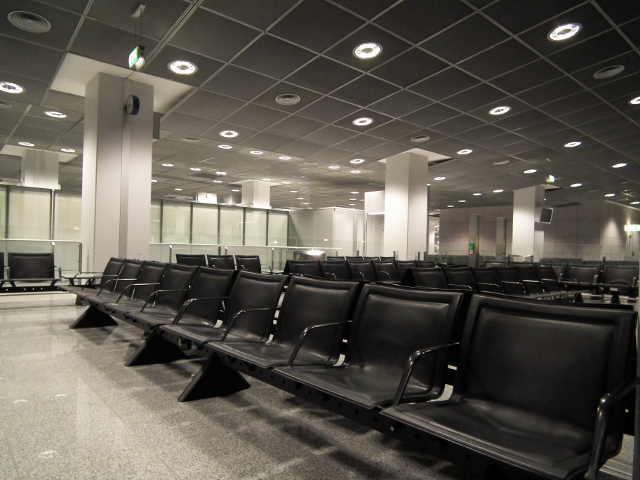 In terms of airlines; I don’t think there’s much I can tell you that you don’t already know. I agree, if you want to ‘just get somewhere’, low-cost is probably the way to go. But ticket prices between low-cost and full-service have never been so closely aligned and with that in mind, does anyone really want to ‘get somewhere’, when you can also have free luggage, a meal or snack and possibly even a sneaky extra bit of legroom. And of course, the chance not to have to arrive and depart from the third world section of whatever airport you’re flying to and from.

I remember the first time I entered an airline lounge. I remember, because as I often say, I sit somewhere in the middle of the travel blogosphere; not quite a complete backpacker cheapskate, but not quite the miles & points so-called ‘travelhack’ addicts – and therefore entered a lounge not actually that long ago. To be honest, I entered, doing my best to present myself in a manner that would be clear to all that I was blatantly a lounge regular. In retrospect, I’m sure it looked like I was either trying to hold something in my ass or the most arrogant person ever witnessed. And, after all that, I wasn’t actually that amazed. 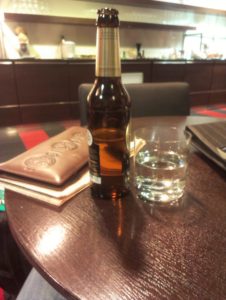 Looking at it now though, I see the benefits and it isn’t in gold-lined table-tops or some expert wine sommelier who can tell you how to get legless before getting on the flight; it’s in that most basic contrast to the regular airport experience. Silence, comfort and hospitality. As in my earlier point, it is basically everything to the airport experience that the airport itself isn’t. Nowadays, I’ve gotten through my ‘drink everything’ stage of life and pretty much never drink on a plane or even in the lounge; rather I sit in a comfortable huge seat (armchair, if possible), enjoy the peace and quiet, use the Wifi or perhaps casually help myself to a few light snacks – again, before repairing back to the aforementioned armchair.

Is it a bit snobby? Yes it is, but it’s snobby in the same vein that airports have (in my opinion, deliberately) set out to make the ‘normal’ airport experience a very, very low grade journey; a journey of stress, discomfort and commercial priorities in your face. 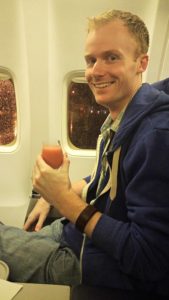 What a time to be alive! Business class fares as a whole, and upgrade opportunities (not involving miles) have never been so reachable for the average passenger. Let me tell you why; for years, companies had massive travel budgets that easily covered business class travel and where it didn’t, ridiculously generous (and easily scammed) loyalty programs gave plenty of others a golden chance to upgrade without doing too much of anything. Airlines, in recent years, seems to have copped on that between massive over-use of their loyalty programs, which amounts to handing out free seats to passengers who in many cases barely earned it, was perhaps not the best idea – that, coupled with the huge scale-back of business class travel by…well…businesses.

As a result, we now have a greater chance than ever to upgrade or sit where want. I’ve successfully used MHupgrade (the Malaysia Airlines auction upgrade system) a number of times and have lately seen business class fares for long-haul travel home to Dublin reach unbelievable all-new lows (8,000MYR return vs. an average of about 4,000MYR for economy). This is truly a time for business class paid tickets at great fares like no other.

So, what do you think? Do you try to amass miles from airlines and upgrade, or could you just not be bothered?