For my trip, once again, to the tiny German city of “Ochtrup”, I was hit by two major setbacks; British Airways flights’ to Dusseldorf, my normal arrival airport of choice, were being charged at a Kings’ ransom, while Aer Lingus direct flights were not really far behind – so it was time to get pretty creative…

For the first leg of my journey, I decided to fly to Amsterdam directly from Dublin with Aer Lingus. I am – or was – a huge of Terminal 2, within reason, when it opened. But it has got to be said, the place on this June afternoon was less ‘inspiring travel experience’ and more ‘sardine can’. On the upper level after security, they seem to be on a constant mission to pack the central atrium in with more and more things – Win-a-Car stand, cigarette counter, you name it. The unfortunate thing is, it feels like by virtue of all the main outlets (duty free, etc.) being sort of…off the natural pathway, the major money-makers still all largely get missed by most.

Downstairs meanwhile at the gate area, the scene was carnage. OK, a touch sarcastic perhaps, but pretty awful. In much the same way as I harbour a major issue with KLIA2’s woefully poor passenger experience in terms of flow and spacing in the right areas, one major criticism I have always kept pent up about Dublin Airport Terminal 2 is the gate area, which is perfect until you get a very busy day. And then it’s not perfect; despite the best efforts of Aer Lingus/DAA/whoever, the boarding areas spill out into the corridor, which is very tight already. If 2 or 3 gates are boarding back-to-back to each other, it would not be unreasonable to think you may not be able to get past those gates easily.

Aer Lingus – what can I say. My home airline – OK so my feelings were naturally dampened in the last year by them being consumed by the IAG behemoth – and I love them for no reason other than consistency. I don’t think anything has really radically changed in the years I’ve been travelling intensively; same interiors, same items on the menu (with many additions), same procedure. In this case, I was seated in one of the emergency exits and was eventually joined by an incredibly jarring young American couple. The girl at first seemed to be doing her best to induce me into joining them in conversation – speaking loudly, talking about things they should have seen or done in Dublin, constantly looking over. But I never joined in, and in hindsight, am grateful for that. 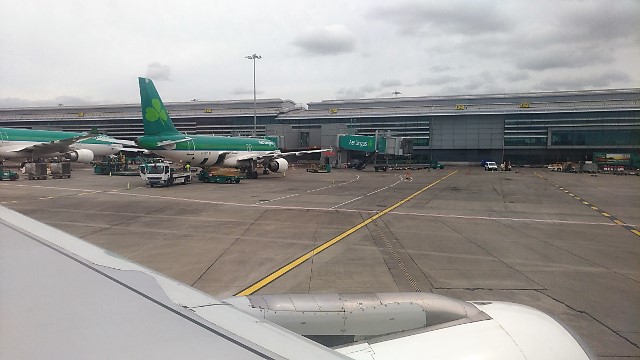 The flight to Amsterdam however was very short and within no time at all, we were heading back down to earth and shortly after, back on terra firma. Amsterdam Schiphol is undeniably huge. Granted, we parked right at the end of one long concourse, but even still, it took a very long time to just walk to the pathetically under-staffed immigration; 2 guys in a single kiosk for EU travellers, asking everyone heaps of questions, with some woman trying to encourage others to join a self-service lane, which I’d have loved but she wasn’t sure my Irish passport ‘card’ would work. Wonderful.

What I will say though for the airport is, like most European large airports, it’s so well designed once you navigate your way out of the labyrinthine terminal, that you more or less fall out of arrivals and straight into the train station. I got my train ticket onward fairly easily (since you can only book online with NS, the national train service, with some kind of specialised Dutch-only payment method, which seems a massive shame) and took to the platform to wait. 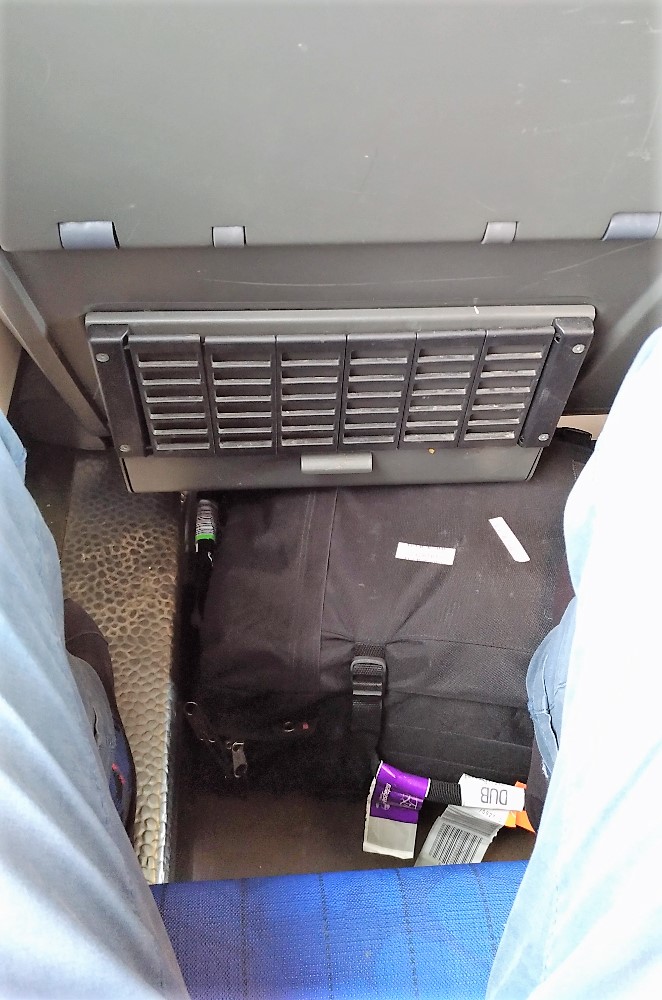 Well first up – you have never seen a train platform handle so many different arrivals and departures within moments of each other. No joke. I was about 7 minutes early to my platform and it must have had a total of 3 trains come and go (including mine to be fair) by the time I left, all in that time. Insane! How do they manage that? Second of all – on a less positive note, Dutch trains look really way old. Like, maybe it’s the colour scheme or the fact that they all look like have a nose, or that the driver section is too high up. Anyway, they all look antique.

Second thing, there is – that I could easily find – no luggage storage. Maybe if you have something small, you can toss it up over your head, but in my case that was not a runner. In the end, considering the train was also pretty full with people getting on and off – which went on for most of the entire journey to Enschede – I ended up stuffing my roll-aboard as best I could under the seat in front of me. It was awkward to say the least. As I went about using my phone, I also came to realise I was in a no-phone/quiet carriage; doesn’t it just get better? 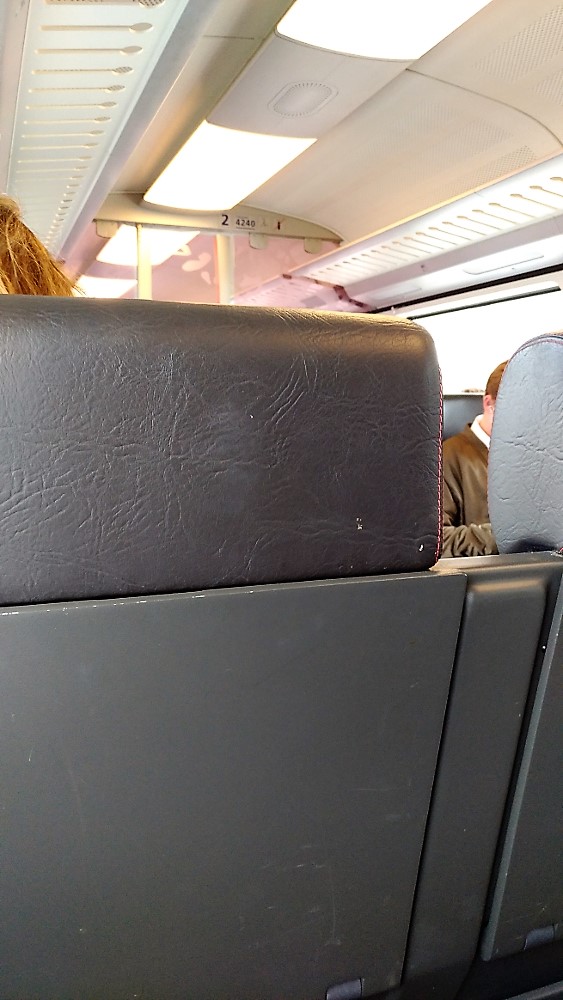 Also, shall we add a bit more to the complaint list? Oh go on – the inside of the trains are also pretty old-school. Check out the interior furnishings in the pic on the right; blocky or what? On the brighter side – the quiet zone thing didn’t really seem to be no-phone per se, since nearly every other person in the carriage hung off their phone. The rule just seemed to be don’t allow your phone to make any noise.

How about the view; that must have been redeeming? You know what, after a year spent in Malaysia (or somewhere in Asia), greenery is actually a pleasure to see. Perhaps not for over 2 hours and perhaps not as ruler-flat as the whole landscape was, but there is something nice back in Europe of being cooped up in a train (or home, car, whatever – take your pick) watching the weather turning nasty outside while you’re warm and just sitting watching the landscape.

Would I do it all again? You bet for the right price. Aer Lingus are so beautifully consistent (though, for the benefit of honesty to my 2 long-time readers – I broke tradition myself and didn’t order any food, not even the chicken and stuffing sandwich, usually the benchmark by which I judge the whole flight), NS Trains need to seriously do some revamp or at least allow international online payment, and T2 – yikes, is getting too full for itself. But, sometimes it’s fine to take the longer route and see something different and this was one of the times… 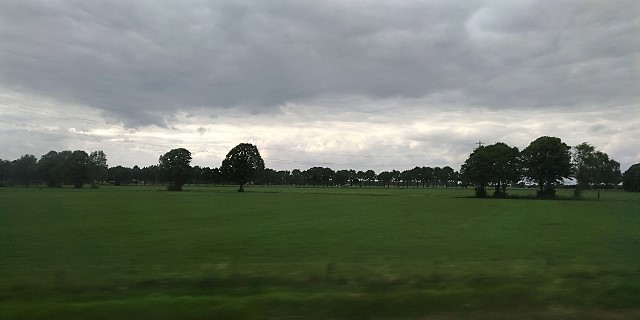