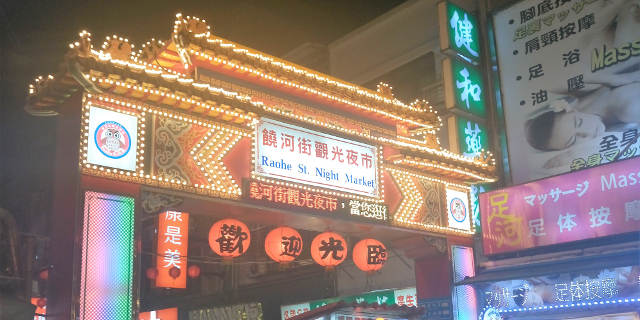 As is my annual custom, I made sure to evacuate for Chinese New Year – KL is always hectic the few days beforehand, and then dies a total death over the festive period itself as everyone scarpers for their ‘hometowns’. The result is an inability to go anywhere immediately beforehand, and then a city eerily quiet for a week after. Since I’ve been angling to explore ‘new’ places this year, at least while I’m already here in Asia, I very impulsively (and if I’m being honest, had also had a few drinks at the time) purchased return tickets to Taipei, Taiwan with Malaysia Airlines.

Despite what I would consider to be quite a generous upgrade offer through the MHupgrade program, it wasn’t to be this time. Arriving at the airport, it was clear that I’d chosen to fly at absolutely 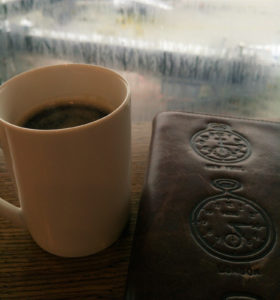 one of the most hectic departure times – the airport was like I’ve never seen it. Frighteningly packed, with economy lines snaking all over the place in every direction. Even the business class counters were looking pretty unfriendly. So, even though I don’t normally, I decided to make solid use of the BA Gold card and steer myself into the first-class check-in area. Likewise through immigration and quickly on into the regional lounge.

The regional lounge sometimes gets a bit of flack online and I’m not sure why – sure it’s pretty compact and tight at that time of the morning for being able to ‘select’ somewhere to sit down, but it’s still perfectly fine and offers a delightful respite from an otherwise jam-packed airport terminal. My only complaint if any would be the lack of fruit; there were heaps of local breakfast specialties, but little in the way of fresh fruit selection, so I wound up with a cup of coffee and whatever healthy-looking breakfast items I could muster.

Onto the flight and the journey itself to Taiwan. Malaysia Airlines’ I feel are sort of stretching it with a 737 for what is nearly a 5 hour flight and even in the baby bassinet row, I felt pretty squashed in towards the latter stages of the flight (although that may also have been down to the baby bassinet being about 12 inches from my face throughout). As always though, the staff were friendly, the food was pretty good (as it always is across airlines ex-KL) and I mostly listened to music and read. 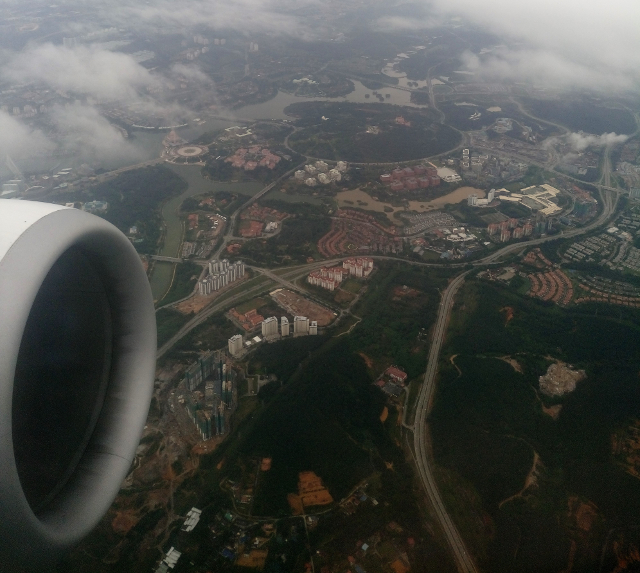 Now, I fully recognise and have even told those closest to me that I am aware I have a tendency to judge things sometimes too quickly but it would be fair to say that on a flight to a new destination, I get an immediate first impression during the descent both from the fellow occupants of the plane and the view of the country itself as you get closer and closer to earth. What I got in this case, was a quite worrying first impression on both counts. The approach to Taipei Airport from the south took us up along the coast past power stations, factories bellowing plumes of smoke, warehouses and heaps of pretty unattractive buildings and even entire townships. 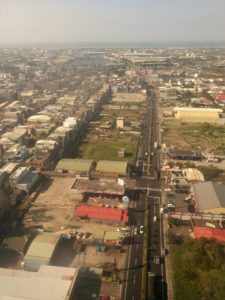 As we began to descend, it was time to pop the windows up, when the secondary part of my judgement was made. The woman seated beside me – let’s call her ‘nan’ – an ageing old grandmother clad in a fully-matching tracksuit and well-worn sneakers whose sartorial form was already deeply upsetting me from the outset, more or less demanded I keep one window for reasons unexplained. Anyway, I complied since it didn’t make much difference to me, and she’d already irritated me earlier for conversation about how I’d make a good husband ‘one day’.

She then, without missing a beat, proceeded to remove the baby’s extremely well-used diaper still in the bassinet right in front of my face. At first, I was slightly confused – there was definitely a changing table in the toilet down the back. Then, as the smell grew rapidly, I half-gasped and instinctively lashed the air nozzle up until I was being absolutely showered with a stream of cold air on the top of my head. I used my other half-open window to look out at the drab scenery outside and try to distract myself. Nan, completely unperturbed, continued on. Finally, though the smell was a long way from disappearing, Nan was finished and the baby went back to staring at me as it had been doing up until this very unfortunate interruption.

However, with it now time to remove the baby bassinet, seats upright, etc. the baby had to be removed and placed safely into the arms of Nan. The used diaper? Oh how I will never forget – got tossed in on top of the blankets into the bassinet for the crew to deal with. I rarely have a ‘shock’ moment on a flight, but this was it. Seriously? For the crew, who have to touch practically every surface, along with our food etc. to have to dispose of a disgusting used diaper? To say me and Nan’s relationship took a nosedive would be a dramatic understatement. I instantly dedicated myself to becoming one of those annoying people who spring up the second the plane stops and try to exit as quickly as possible.

I found my hotel in Taipei city centre pretty easily (although memorising Google Maps was a good idea since I quickly realised English was a bit of a premium) and headed almost immediately back out to explore – all of which I’ll cover next time around, although it would be fair to say my first night over hotpot and to the Rahoe night market was all down to a fantastic fellow travel blogger, Jack, who took time out of his own CNY celebrations to introduce me to friends and show me a few sights.

Anyway, more to follow including the next few days in Taipei and my hotel review of the very optimistically titled ‘Hotel Delight’!